Chef Paul Verica has opened his much-anticipated restaurant The Stanley in Charlotte, North Carolina. The restaurant is located in the Elizabeth neighborhood just outside of Uptown Charlotte.

Chef Paul Verica has opened his much-anticipated restaurant The Stanley in Charlotte, North Carolina. The restaurant is located in the Elizabeth neighborhood just outside of Uptown Charlotte.

Chef Verica decision to close his successful restaurant, Heritage Food & Drink, located in Waxhaw, N.C. in fall 2017 was a difficult one; however, the distance from the many neighborhoods in Charlotte and the restaurant’s small size necessitated a change.

The menu philosophy at The Stanley embraces the farm to table movement. The menu is seasonal, market-driven, and locally-sourced. The focus is on flavor and technique. Chef Verica’s approach to his cuisine is filled with passion for the craft and the art of cooking. The food style is a blend of classic foundations, modern techniques with a creative, and whimsical approach.

The Stanley is housed in a 1937 building in the heart of Charlotte’s Elizabeth neighborhood, formerly known as “Stanleyville”. The restaurant brought back to life the custom mill work and original pressed tin ceilings, along with the etched glass featured in the restored storefront, the restaurant’s decor reflects the modern, sophisticated, yet approachable cuisine that is Chef Paul’s signature.

In 1998, he moved to Charlotte in order to open The Duke Mansion. He then took the helm at Providence Bistro Restaurants’, three locations as Executive Chef. He was also the Executive Chef & Food & Beverage Director of The Historic Dunhill Hotel, in Uptown Charlotte, before accepting the position of Executive Chef at The Club at Longview. Chef Verica left his position at Longview to open his first restaurant in 2013 Heritage Food & Drink.

He has formed close relationships with local farms and farmers which is a driving force behind his meticulously sourced menus which received numerous awards including:

In 2016, Chef Verica was a semifinalist for the prestigious James Beard Award for Best Chef – Southeast. 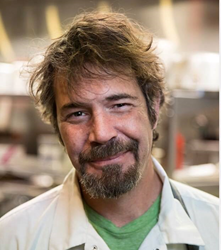 100 Best Restaurants in America for a Big Night Out, According to OpenTable Diners