The renowned list ranks the country’s best in the September issue and on bonappetit.com; Meet the winners at The Hot 10 Party in Brooklyn this fall

Taking the top spot is Oklahoma City’s Nonesuch, a 22-seat tasting-menu spot from three 20-something chefs inspired by their home state. It joins past winners like New Orleans’ Turkey and the Wolf (2017), Atlanta’s Staplehouse (2016), and San Francisco’s Al’s Place (2015).

“Nonesuch was the best dining experience of the year. Flying under the radar–even among OKC residents–I was ecstatic and grateful to have stumbled upon it,” says editor at large Andrew Knowlton. “Its chefs have mastered how to incorporate hyper-local and foraged ingredients in a landlocked state, how to minimally yet artfully plate each dish, and how to express an undying love of all things fermented, pickled, and cured. This is the place that will put OKC on the national dining map.”

Other noteworthy spots on the list include Washington, D.C.’s live-fire cooking Middle Eastern joint Maydan (No. 2), Los Angeles’ next-gen Jewish delicatessen Freedman’s (No. 4), and Yume Ga Arukara (No. 8), a small noodle shop hidden in a Cambridge, Mass., college food court that only serves one dish. Bon Appétit also crowned Portland, Maine, the Restaurant City of the Year, and its editors picked up a few new obsessions, from ultra-refreshing shaved ice to katsu sandwiches to skin-contact wines. Read more in the September issue on newsstands and on bonappetit.com now.

“The ten restaurants on this list encapsulate what makes going out to eat right now so exciting,” says Julia Kramer, Bon Appétit’s deputy editor. “There’s no one formula that lands a place on the Hot 10. From an off-the-beaten-path tasting menu in Oklahoma City to a refugee-run Cambodian noodle shop in Oakland, these are deeply personal restaurants that couldn’t exist anywhere but where they are.”

For one night only, Bon Appétit will bring the Hot 10 together to serve the bites and drinks that won us over this year. Tickets for the Hot 10 Party on October 17 in Brooklyn, NY are on sale now at bahot10.com. Event partners include A to Z Wineworks, All-Clad, Bombay Sapphire, Mutti® Tomatoes, Président® Cheese, S. Pellegrino®, and Talenti.

Bon Appétit is where food and culture meet. The award-winning No. 1 food lifestyle brand covers food through the lens of cooking, fashion, travel, technology, design, and home. Bon Appétit has been named to Advertising Age’s A-List for six consecutive years, including Magazine of the Year 2013 and 2017, and Brand of the Year 2015, and has been named to Adweek’s Hot List every year since 2012, including Hottest Food Magazine in 2013 and 2017. Bon Appétit has also been nominated for 28 National Magazine Awards in the past six years, including wins in 2014 for General Excellence and Photography, and in 2017 for General Excellence. 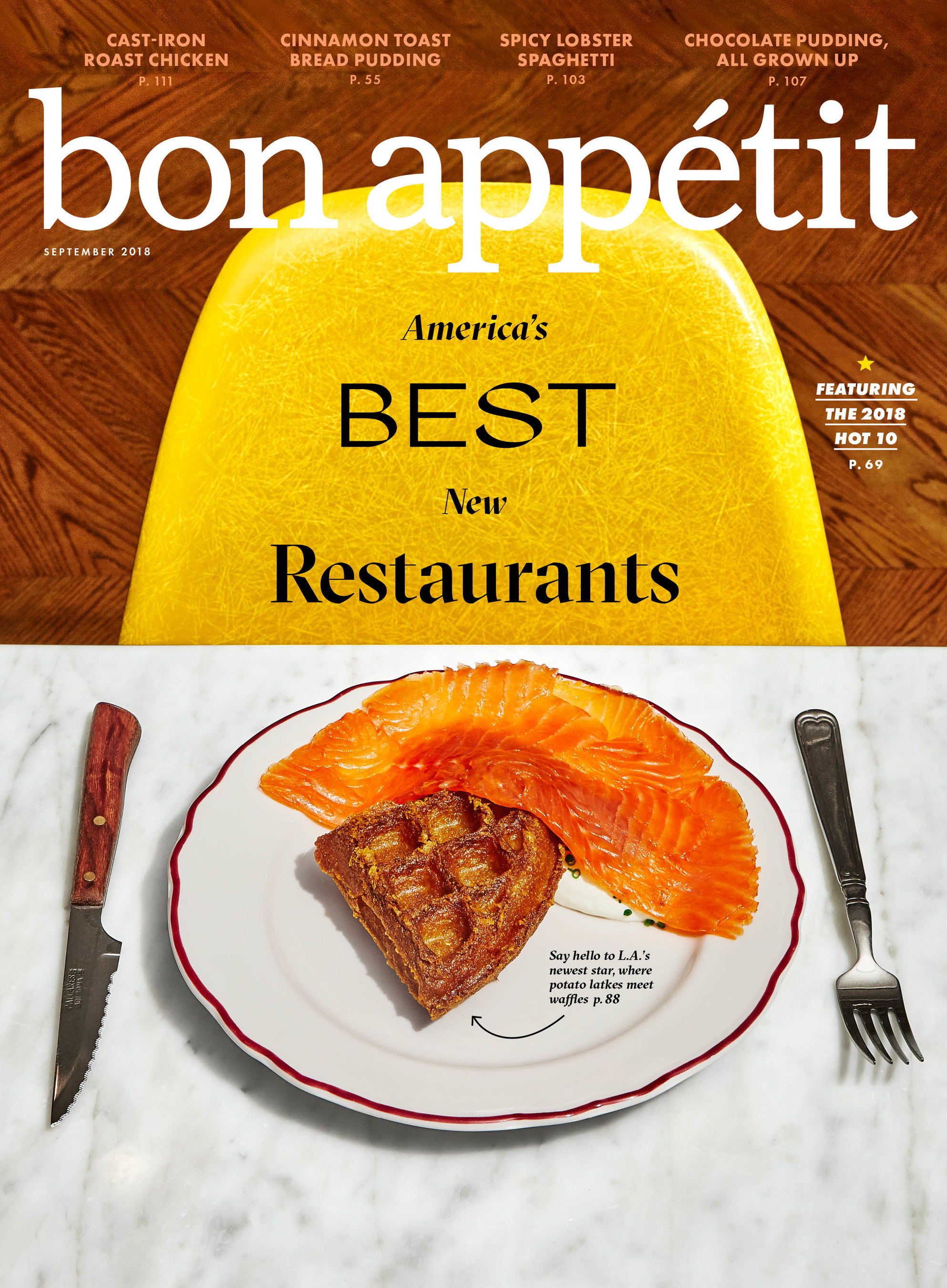