Same-store sales growth was -1.0 percent during July, same-store traffic growth was -4.0 percent. This update comes from Black Box Intelligence™ data from TDn2K™, based on weekly sales from over 31,000 locations representing 170+ brands and nearly $72 billion in annual sales.

Restaurant sales and traffic plummeted during July, posting the worst year-over-year results in almost two years. Same-store sales growth was -1.0 percent during the month, a drop of one percentage point from June’s results. It is the first time since September 2017 that the industry has seen sales growth numbers this low.

Same-store traffic growth was -4.0 percent during July. This represented a 0.8 percent decline from June’s year-over-year growth and the weakest traffic growth for the industry since August of 2017. This update comes from Black Box Intelligence™ data from TDn2K™, based on weekly sales from over 31,000 locations representing 170+ brands and nearly $72 billion in annual sales.

July has been consistently soft over the last few years for chain restaurant sales. July tends to have the poorest same-store sales growth results each year going back to 2017 after excluding winter months affected by bad weather. It’s easy to illustrate how bad July sales have been lately by taking a longer-term view. Chain restaurants lost 3.3 percent of their sales in July 2019 compared to their 2016 results. By comparison, since August of 2018, all other months have, on average, showing only a 1.1 percent loss in restaurant sales when compared with the same month three years ago.

“Without a doubt, we are experiencing a year-over-year slowdown in restaurant same-store sales coming, in part, from lapping over tougher sales comparisons dating back to Q2 2018,” said Victor Fernandez, vice president of insights and knowledge for TDn2K.
“But July’s unique challenges for chain restaurants likely play a significant part in the downfall we saw in the results. Once a significant portion of restaurant guests are taken off their usual routines, they tend to shift some of their spending toward other food-at-home or food-away-from-home options,” advised Fernandez.

July’s to-go sales growth was not large enough to push the industry’s overall sales to positive growth territory; as it has in recent months. On one hand, year-over-year dine-in sales growth fell by 0.7 percentage points in July compared to June. Perhaps more telling about July’s consumer behavior dynamics, on the other hand, to-go year-over-year sales growth fell by 2.0 percentage points compared to June’s growth rate.
Although dine-in sales growth has been worse for the industry as recently as April and February, to-go same-store sales growth had not been this weak since July 2018. According to Fernandez, “some of those to-go meals driven by convenience as part of our busy lifestyles may be what is being erased by the slower pace of July.”

The economy has kept growing despite the pressures created by the trade war with China. But the recent ratcheting up of tensions has raised the possibility of a recession significantly.

“With the U.S. threatening China with tariffs on just about all its exports to the U.S. and China retaliating by devaluing its currency and stopping agricultural purchases, the longest-running expansion in American history is at risk,” said Joel Naroff, president of Naroff Economic Advisors and TDn2K economist. That is true despite decent income and job gains that powered robust consumer spending in the spring. It also indicates that if both parties back down, the fundamentals are solid enough to keep the economy from faltering.

With political rather than economic factors driving the outlook, it is difficult to do more than speculate on how strong growth will be going forward. A continued full-on trade war, which we are nearing, would likely cause a recession to start within the next year. A stand-down would allow growth to continue but at a sluggish pace.

The slowdown in sales growth may be a newer headache for restaurant operators but staffing challenges have been distressing them for years. Finding enough qualified employees and keeping them employed are frequently cited as the biggest obstacles they are facing today. The tightest labor market in the last 50 years certainly is a complicating factor. There is fierce competition for employees and pressures on wages have been increasing as companies try to attract talent. Expect for labor costs, particularly those related to hourly employees, to continue accelerating.

The origin for the incessant need to recruit new employees comes from both new jobs being created by restaurants and turnover remaining at historically high levels. According to TDn2K’s People Report™, restaurant operators continue to anticipate adding staff in the months ahead. Overall, 44 percent of companies reported they expect to increase their number of restaurant managers during the third quarter, with just 4 percent expecting a reduction in their management staff. For hourly employees, the percentage expecting a rise in their staffing numbers is 52 percent, with only 5 percent expecting a reduction.
Job growth has been particularly strong in the quick-service segment, with 70 percent of companies reporting an increase in their hourly employee headcount during the second quarter. This is the highest level of reporting in the last three years.

The expectations for the rest of 2019 are for a continued slowdown in same-store sales growth, with some weak months ahead as the industry laps over some stronger results in the second half of 2018. Declining guest counts in comparable stores remain the norm. A rebound in to-go sales from the July dip is expected, which should help improve overall sales growth.

Staffing difficulties will persist as companies continue increasing their headcounts and dealing with the rising turnover trend. The workforce challenges are not expected to ease unless there is a major slowdown in the economy that raises unemployment considerably.

In the midst of all these obstacles, TDn2K analysis continues to show that it is those restaurant brands winning the market share battle are those that have succeeded in offering a compelling employment value proposition and deliver on best people practices, growing their guest counts and getting the most positive sentiment from their guests. Look for successful brands to continue investing in their people as the ultimate differentiator in the marketplace. 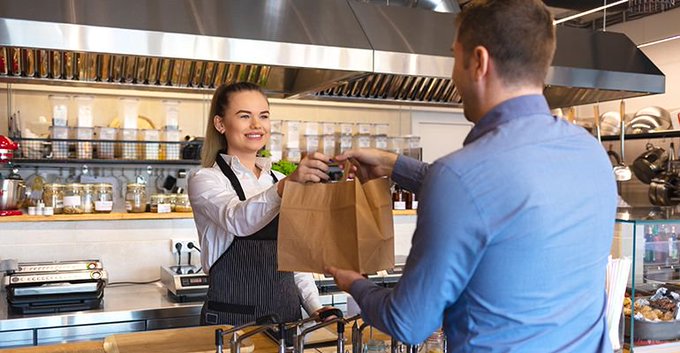 Brewed for Two: Dunkin’ Donuts Celebrates National Coffee Day with Buy One Hot Coffee, Get a Second One Free Offer