Same-store sales growth was -0.7 percent during August, same-store traffic growth was -3.9 percent. This update comes from Black Box Intelligence™ data from TDn2K™, based on weekly sales from over 31,000 locations representing 170+ brands and nearly $72 billion in annual sales. 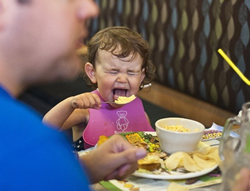 Quiznos Will Give You A $1 Gyro Sandwich On Oct. 17