Fans can enjoy any doughnut for free Friday, June 7, and if 1 million are given away, Krispy Kreme will give America its newest doughnut creation for free later in June

June 7 is National Doughnut Day and National VCR Day. So, take your pick: a free Krispy Kreme doughnut or a grainy VHS tape. If a million of you wisely choose Krispy Kreme, we’ll celebrate by giving away more doughnuts later in June.

WINSTON-SALEM, N.C.–(BUSINESS WIRE)–It’s been said the best things in life are free, and it’s hard to beat free doughnuts! Krispy Kreme is keeping with tradition in celebrating National Doughnut Day on Friday, June 7 the “best” way by letting customers select one FREE doughnut from the entire menu – no purchase necessary – at participating shops in the United States and Canada.

But what’s better than one free doughnut? Two, of course! So, for the first time ever, Krispy Kreme is challenging fans to help the brand give away 1 million free doughnuts on National Doughnut Day. The reward? A free taste of the brand’s newest doughnut that will be unveiled later in June. And it is “out of this world” great.

On Friday, June 7, customers can select any one doughnut from the dozens of Krispy Kreme varieties, such as the iconic Original Glazed® Doughnut, Chocolate Iced with Sprinkles, or Glazed Raspberry Filled Doughnut.

Help Krispy Kreme achieve our 1 million doughnut giveaway challenge and unlock a second free doughnut by finding a participating shop near you: www.krispykreme.com/nationaldoughnutday.

In addition, Krispy Kreme will turn National Doughnut Day into “World Doughnut Day” on Friday, June 7 by celebrating in more than 20 countries with various promotions, deals and giveaways. 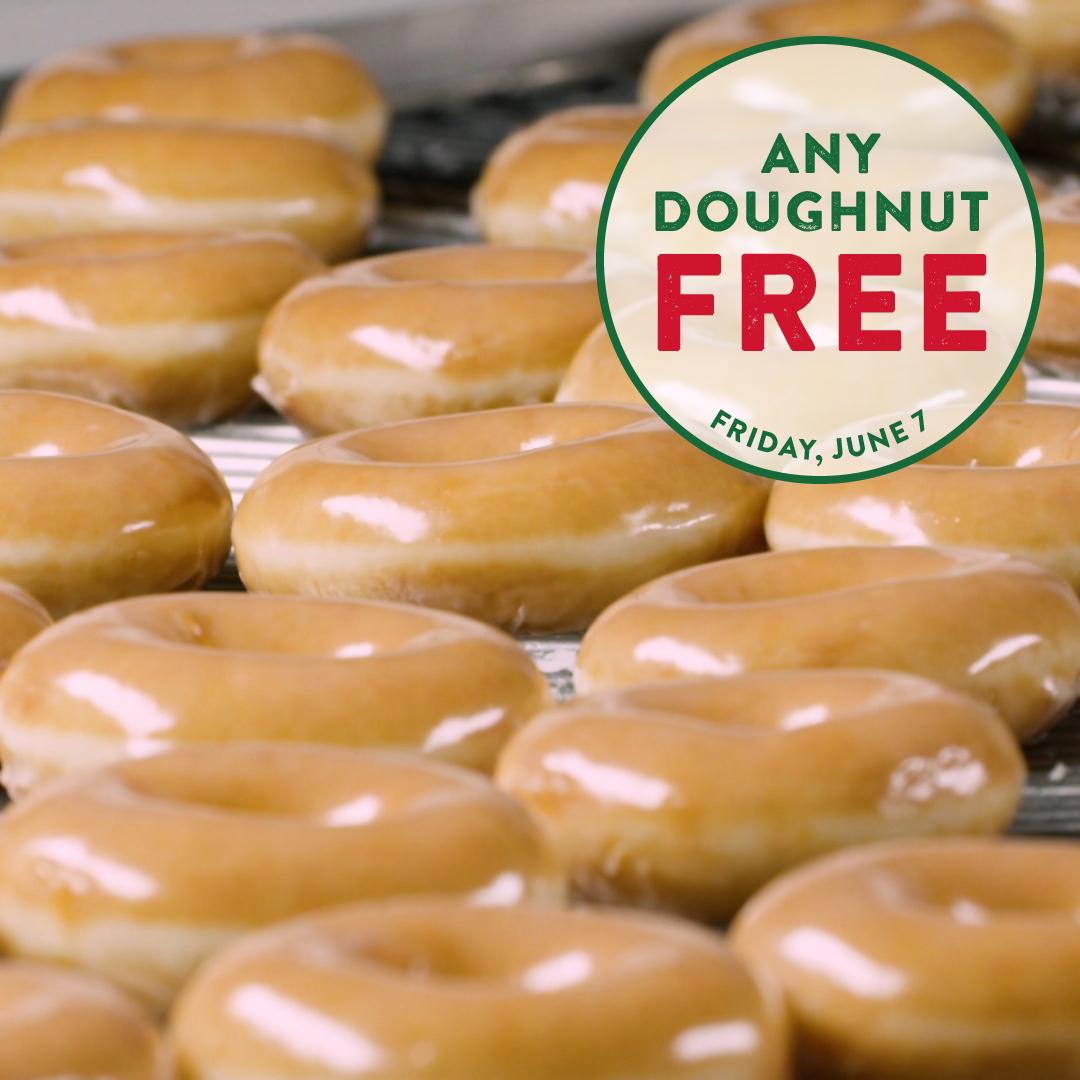